This post has been divided into two parts:
-Part I describes some of the major terrain features in brief along with relevant pictures from my treks in the Sahyadri range. Their cartographic representations have been added, wherever possible.
-Part II describes Forts and their parts. Link to the second part can be found at the bottom of this page.

You might have seen this picture before. It’s from the very first trek of ‘A Season Of Mountains’- Vikatgad in Jan ’15.

It’s a pretty routine picture- tired but happy faces taking a break during the climb. Except, it isn’t.

About half an hour before this picture was clicked at the Col, we were bang in the middle of a forest with no visible path.  It was a weekday, so we were pretty much the only trekkers on the hill and moreover, hours behind the schedule we had drawn up. Despite spending a week going through blogs and creating a map of the trail, we ended up overshooting our turn to the naal by 3 hills. Yep, three freaking hills. And by the time we realised we had embarked on a rarely used, longer trail to Vikatgad, we were at the point of no return.

The lowest point of the range, Col, was the only landmark we knew on the longer trail. So we walked, stumbled and crawled our way through the forest to somehow reach that Col and that might just be the reason we ended up in our beds that night instead of the newspaper headlines the next morning.

That day, I realised the importance of identifying various terrain features but it still took me a good dozen-odd treks to learn how to navigate the trail using them as landmarks.

This is my attempt at listing them all in one place!

Note: There’ll be lots of notes in this post 😛

Let’s start with a little info about our region of interest- The Western Ghats.

The Western Ghats, a UNESCO world heritage site[1] and one of the eight hottest hotspots of the world[2], run parallel to the Arabian Sea along the western coast of India. Starting from the Tapi River near Surat in Gujarat, they extend approx. 1600 km in the north-south direction, passing through the states of Maharashtra, Goa, Karnataka, Kerala and Tamil Nadu to end near the southernmost tip of India, Kanyakumari.

While I was looking for a map of the Western Ghats to slot in here, I was surprised to find that there isn’t a single high-resolution map available in the public domain! So I went ahead and did the only thing I know to do in such cases- I made one 😉

This is a scaled down version of the map. For the original file measuring 2851 by 5051 pixels, click on the link below.
Google Drive link of High resolution Map. (Opens in a new tab)

Although the term ‘Sahyadri’ is widely used to describe the entire Western Ghats, geographically, it is a segment of the Ghats[3] like the Nilgiri, Anamalai, Cardamom & Ashambu hills[5-10]. Specifically, the northern part of the Western Ghats upto the Terekhol river in Goa, spanning 650 km, is called the Sahyadri Range [4].

The Sahyadri hills are home to a number of different terrain features and identifying as well as understanding them can be a source of great joy! As you get familiar with a region, you start looking out for the peaks like you would for an old friend. As if that isn’t enough, it can also come in handy during emergencies when one has to relay/pinpoint someone’s location.

Note: 1. The feature’s Marathi names (in the Devanagari as well as Latin scripts) have been provided to help understand the signs, maps and markers (usually inscribed in Marathi) found at regular intervals on the trail.
2. I have refrained from using topographical jargon but some terms do not have an equivalent in the layman’s language and therefore, have been used as a last resort.

Cave (गुहा/Guha)
The caves found in the Sahyadri range are prominently rock shelters — a shallow cave-like opening at the base of a cliff/hill formed out of erosion. Most of the caves sport intricate carvings and in some cases, scriptures as well.

Buddhist rock-cut caves on the other hand, are elaborate cave complexes with stupas and gigantic statues often carved into the rock walls.

Other well known examples include the Ganpati Gadad caves near Murbad and Kondheshwar caves near near Karjat.

Chimney
Chimneys are a very steep narrow cleft, cracks or fissures in cliffs, by which a rock face may be climbed. Most of the chimney sections in the Sahyadri are too dangerous to be attempted by anyone except professional rock climbers but fret not! People like you and me can still experience the thrill of pushing up the narrow walls with your back, courtesy Padargad! 😀

Cliff (कडा/Kada)
A cliff is a vertical, or nearly vertical, rock face formed by the processes of weathering and erosion. The Konkan Kada, is the most famous example of a cliff in the Sahyadri.

The 1800 feet high concave cliff has been climbed only twice since the first ascent in 1985. Reason? Look at it yourself!

Col
A col is the lowest point on a mountain ridge between two peaks.

You have already got acquainted with the Nakhind-Vikatgad col at the beginning of this post. Here’s the col on the other side of Vikatgad- between Matheran and the southern bastion of Vikatgad.
a.

Draw (नाळ/Naal)
A draw is formed by two parallel spurs with low ground in between them.

It is usually etched in a hillside by water flow and may contain an ephemeral stream or loose rocks from the eroded rock fall.

The very first Naal ascent I did was back in July ’15 when 8 of us climbed an 80 m high naal near the Pisarnath Mandir of Matheran during a torrential downpour. Sahyadri trekkers are a creative bunch, as is evident from the unique names they often give to certain routes. So you know a naal isn’t supposed to be taken lightly when they drop the tongue-in-cheek humour and instead name a route so as to clear any doubts you might have about its difficulty. The popular name of the Pisarnath ladder route? Danger trail 😛

Harishchandragad via Nalichi Vaat, Hadsar via Naal, Dhak Bahiri via the Kalakrai Naal are some other famous naal trails in Sahyadri.

Hill (डोंगर/Dongar)
A hill is a landform that extends above the surrounding terrain. It often has a distinct summit, although in areas with scarp/dip topography a hill may refer to a particular section of flat terrain without a massive summit. Mountains generally are understood to be larger than hills, but the term has no standardized geological meaning.

Simply put, Hillock is the Peter Pan of the geological world who (literally!) refused to grow up! 😛

Needle Hole (नेढे/Nedhe)
I got news for you. Nature has it’s own

Except it is a hole formed in a rock face due to weathering/erosion. 😛
Madangad, Irshalgad, Kothaligad, Rajgad, Nakhind, Ratangad, Harishchandragad are a few forts which can boast of this relatively rare terrain feature!

Know more? Drop me a mail using the contact form! 😀

Saddle (खोगीर/Khogir)
A Saddle is a dip or low point between two areas of higher ground, often inline. When a saddle can navigated on foot, it is known as a pass.

Pass (घाट/ खिंड-Ghat/Khind)
1:  A pass is a navigable route through a mountain range or over a ridge.
2: A pass is a gap, or break, in high, rugged terrain such as a mountain ridge. Passes often provide the easiest routes for people to travel across steep mountain ranges.

Naneghat is perhaps the most important pass of the Sahyadri (from the point of view of trade).

Legend has it that the huge pot used for collection of toll from the traders using the pass would fill up three times a day! And it still sits pretty besides the pass reminding us of the bygone era. 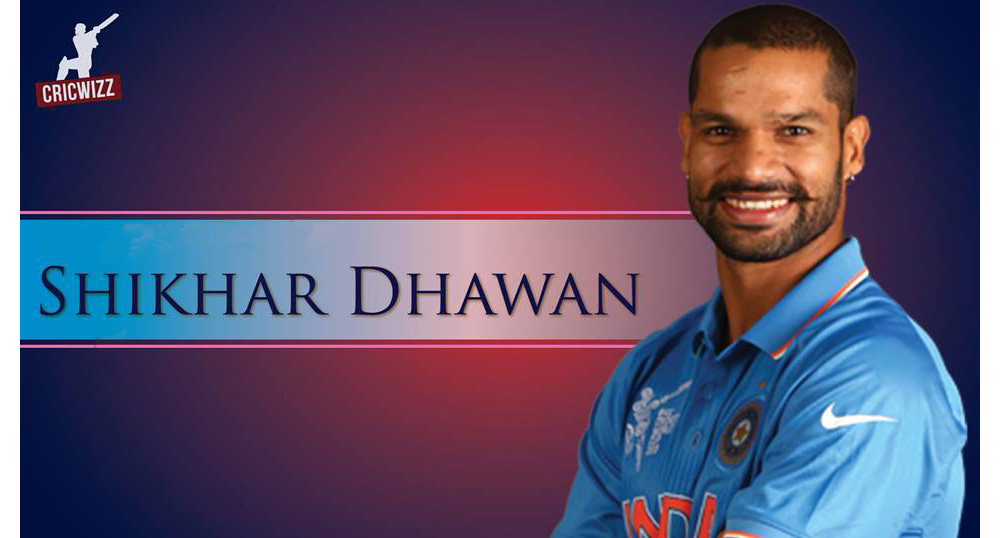 In topography, Shikhar refers to the the pointed top of a mountain or a hill.

A pinnacle is an individual column of rock, isolated from other rocks or groups of rocks, in the shape of a vertical shaft or spire.

Navrichi Karawli, Hadbichi Shendi, Khada parsi, Vanartok are some of the prominent pinnacles of Sahyadri. Told you, Sahyadri climbers are a creative bunch when it comes to naming! 😉

A plateau is a relatively flat, elevated landform that rises sharply above the surrounding area on at least one side and often, more sides with steep slopes.

A ridge or mountain ridge is a geological feature consisting of a chain of mountains or hills that form a continuous elevated crest for some distance.

The line along the crest formed by the highest points, with the terrain dropping down on either side, is called the ridgeline.

Rock Patch
A continuous rocky section (often inclined more than 45 degrees) that can be free climbed or may require climbing equipment.

From the easy Vikatgad rock patch to the moderately risky One tree hill or the outright crazy Irshalgad pinnacle, there’s something for every climber, irrespective of your skillset 🙂 If you dream of sheer rocks walls (And I have no idea why you would do that!), then Sahyadri is the place to be!

Scarp
A scarp is a steep slope or long cliff that forms as an effect of faulting or erosion and separates two relatively levelled areas having differing elevations.

Scarp is a term encompassing a very wide range of terrain features. The Sahyadri is a 650 km long scarp of the Deccan plateau by some accounts!

Shoulder (खांदा/Khaanda)
A point at which a steep slope descends from a plateau or highland area, resembling a shoulder in shape.

Yeeup, you read that right. Mountains have shoulders. And mood swings too. I can vouch for the latter.

A spur is a tongue of land descending from a hill, mountain or main crest of a ridge.

Easy way to identify a spur? Make a fist and point it towards yourself.  If the knuckles represent a ridge, the fingers represent the spurs. Nope, don’t do this if you are in a public place. Unless you are Rocky Balboa.

Traverse
A traverse is a lateral move or route, mainly going sideways rather than up or down. In general mountaineering, a trail usually traverses the steep gradient of the rock face.

Valley (दरी/Dari)
A valley is a low area most commonly drained by rivers and may occur in a relatively flat plain or between ranges of hills or mountains.

End of Part I- Landforms.

All rights reserved © 2016 – present Nomadosauras.
Content (including images) not for reproduction in any form, partial or otherwise.
Read complete disclaimer- Terms Of Use.